So many people are looking for an effective acne scar treatment Edmonton. Because they are depressed over how they look. Either because of their acne, or their acne scarring on their face. 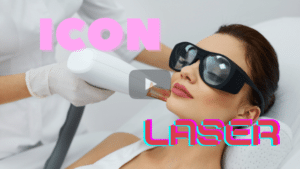 In fact, according to a study, 96% of people who were surveyed. Reported feeling depressed over there appearance because of acne, or scar tissue from acne.
Therefore, an effective acne scar treatment. Not only can help people cosmetically. But can help people mentally. Feel better about themselves, and increase their confidence and self-esteem.
The first thing that people should understand. Is what causes acne scarring in the first place. So that they can understand the treatments that are used. To reduce the look of scar tissue on their face.
Because collagen is an important skin building block. When the collagen is disrupted. This is when scar tissue is formed. And it can happen when someone has an accident, when they have a surgery.
Or, when they have an acne breakout on their face. And when people are teenagers, they might have significant acne. That has left them with significant acne scarring over a large portion of their face.
And in fact, it is quite often. That people who have acne scarring. Our continuing to have acne breakouts well into adulthood. Which will continue to scar their face.
Which is why finding an effective acne scar treatment Edmonton. Is so important for so many people. And because collagen being disrupted causes a scar to form.

When people have acne, they have an inflamed bump under their skin. That as it heals, pulls at the collagen in many different angles. Which is why acne scars have the typical peaks and valleys that people see.
And when people have acne, such as cystic or nodular acne. Those peaks and valleys are even more pronounced. Giving people a much more scarred look on their face. That they want to heal effectively.
And as collagen production slows down as people age. The ability to heal from these acne scars reduces. That does not mean they cannot increase collagen production in their face to start healing those scars, even if they are years old.
However, if people do have active acne breakouts. Before they talk to their dermatologist about which acne scar treatment Edmonton is going to be best for them. They should know what to do.
To avoid developing worse scars in the long run. Such as avoiding picking, poking or squeezing their acne. Because while they think they might be doing that, to get rid of the spots faster.
But that is doing, is actually interrupting and disrupting the collagen even more. So that the scar tissue is even more pronounced. But this is not the only thing that they should avoid.
People should also avoid aggressively washing and exfoliating their face. Because that also can disrupt the collagen. And end up with a more pronounced scar.
Once people are ready to eliminate acne scarring. A trip to Edmonton dermatology for free consultation. Can help them get the right information. To induce their scars.

When people are ready to talk to their dermatologist about what acne scar treatment Edmonton is right for them. They should make an appointment with Edmonton dermatology, because the first consultation is free.
But also, this is a great opportunity. For the dermatologist to meet the patient. To see their scars firsthand. As well as see what their skin type is. And these things will help them decide.
What the best treatment is for each person. Because not all acne scar treatment will be good for every skin type. Or for every amount of scarring. As well as, the dermatologist will figure out.
What kind of results a patient can expect for each treatment. And here what kind of results the patient wants. So that they can discuss the right acne scar treatment Edmonton for them.
One of the first treatments that they are likely going to talk about is called the Fraxal laser. And this is a true laser. That uses its energy to heat up dermis, which is the second layer of skin.
And the dermis is actually where collagen production happens. And the reason heat is used. Is because collagen loves heat. So the hotter the dermis gets, the more collagen will be produced.
And when the collagen encounters the scar. Because it is a building block of skin. It will actually start to fill in the areas of the scar that are depressed. And make the skin look smoother because it will not have as many valleys.

And while this is about a two hour procedure. That only has healing time of 3 to 4 days. People should expect to go for three or four treatments. Although the dermatologist almost always recommends.
People taking the fourth treatment just to get as much scar healing as they can. However, it is important for patients to know. That they will only get a 50% improvement in scar tissue.
But even the 50% improvement. Make their parents visibly smoother and clearer. And far less noticeable. And so this is a great treatment for many people.
If they are looking for greater improvement. Or an improvement in a shorter amount of time. They can talk to their dermatologist about the CO2 laser as an acne scar treatment Edmonton.
Because this is a more powerful laser. And how it works is in two ways. Being so hot, that it literally vaporizes the skin on the top layer. Which is also called the epidermis. And this is where the scar tissue is.
When the epidermis is burned off, so is the scar tissue. At the same time, the CO2 laser will drill microscopic holes into the dermis. And what this does, is increases collagen production even more.
And while this treatment will result in significantly more scar tissue being eliminated. It is a lot more invasive, and takes more healing time. Therefore patients should discuss with their dermatologist the pros and cons for each treatment. And make a decision together, armed with knowledge.