Many people consider shaving a nuisance, which is why they look into laser hair removal in Edmonton. They are tired of shaving daily. Or having to shave every other day. 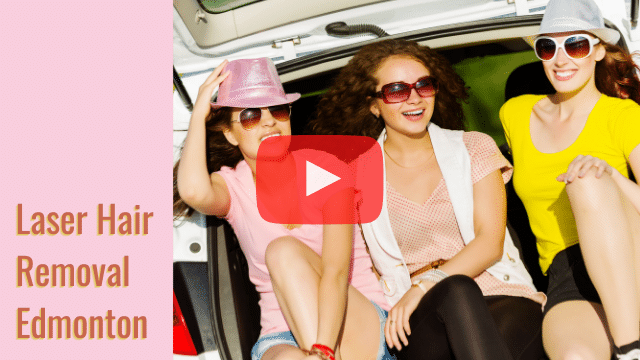 And shaving a significant portion of their body. Such as their legs, bikinis own. Underarms, chest, back and more. Despite the assumption, that more women get laser hair removal in Edmonton. Then men who get this procedure.
Edmonton dermatology says it is actually and even splits. Men and women get this procedure done. About the same amount. And, they get it done. For about the same reasons.
They either have hair that is irritating. Such as underarm hair, that tickles. Or is difficult to shave. Especially once they apply their deodorant. Or hair that is embarrassing or unsightly.
For men, that is often they hair at the nape of their neck. Hair above their beard line. Or the front of their neck. As well as thick arm hair, hair on the back of their hands. And even their chest and back.
Even more men than ever before. Are getting their legs, and bikini area treated. With laser hair removal in Edmonton. Whether they are swimmers, or not. Women on the other hand.
Get this treatment done for approximately the same reasons. Most often getting their upper lip, their legs and bikini area. Their sideburns, and there underarms as well. However, some women inquire.

About getting the laser procedure on their chin. And this is something that Edmonton dermatology. Simply warns them. That they can never get absolutely permanent results. On this part of the body.
Because when women get extra hair. On their chin, it is because. They have a hormone imbalance. Such as going through perimenopause, or menopause itself. Or because they have a hormone imbalance.
Such as those caused by polycystic ovarian syndrome. Hormonal hair growth. Can be removed with the laser. But more hair will grow in that area over time. Therefore, when women get their chin treated.
They will need approximately 6 to 8 sessions. And then come in approximately every three years. For maintenance. To get rid of the extra hair. That has sprouted up. Due to their hormone imbalance.
However, aside from that one area. People who get laser treatments. In order to eliminate unwanted hair. Will see a 90% reduction in hair growth. For the rest of their lives. On the area that is being treated.
What this means, is for people who get this procedure done on their legs. From their ankles to their hip. They might see two or three strands of hair. That are stubborn, and unable to be destroyed.
However, three stray strands of hair. Is hardly a problem for most people. However, in order for them to be able to get such excellent results. They need to follow their dermatologist’s recommendations.
Of what to do before, during. And after treatments. Which is why the initial consultation. Is so important for people to get. For they undergo this procedure.

People who live in this part of the world, like to consider laser hair removal in Edmonton. Because after a long winter. Getting their body beach ready. To show off in their one and two piece bathing suits.
Typically requires a lot of work. As many have neglected to take care of their hair. During the long dark winter months. This is why when spring hits. Edmonton dermatology sees a lot of appointments.
From both men and women. Asking about laser hair removal in Edmonton. Once they get this procedure done. People will never again. Have to worry about shaving their legs. Their armpits or their chest or back.
Before hitting the beach, because these are hair removal in Edmonton is absolutely permanent. However, many people needs to understand. That not only do they need to undergo the procedure.
Enough times to absolutely kill the hair follicles. They also need to follow instructions. About what to do. As well as what to avoid. Before, and after the treatments. If they fail to follow the advice.
Of their dermatologist, they are not going to see the results they hope for. One of the first things that people should do. If they are considering getting laser hair removal in Edmonton. Is immediately stop waxing.
The reason why this is so important. Is because waxing actually pulls out the hair follicles. And since the lasers designed to remove hair. Target they hair follicles. If people have been waxing or even plucking of their hair.

The laser will not have enough material. To destroy. And they will need increase to sessions. In order to achieve the same results. Had they stop waxing or plucking before their appointment.
And while the dermatologists recommendation. Is to stop waxing or plucking. At least two weeks prior to the procedure. Not everybody’s hair follicles grow within two weeks. And it is simply best.
To abandon waxing and plucking for months. If they consider getting the laser procedure done. The next thing that they need to do. Is once the treatment is complete. They need to be mindful of the hair regrowth.
The first 1 to 3 days following their laser treatment. People will notice what appears to be stubble growing in. Many people get upset, and contact Edmonton dermatology. Demanding another session for free.
However, they are not seeing regrowth of hair. But they are seeing is the burnt up remnants of the hair. That was destroyed with the laser. Being pushed out of their body, because it is now useless.
If people look, or felt this here stubble. They would notice it is either crumbly, or brittle. And that is because the hair, was burned up, while it was still inside people’s skin. This hair should finish poking out.
Within three days. After which, people will need to be mindful. Of how long it takes. For a new crop of hair to grow in. Because that is when they need to come back for their next session. In order to destroy the hair follicles while they are new.